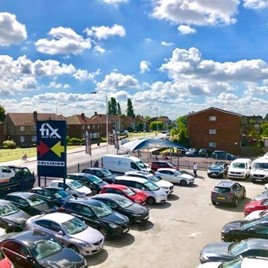 The Fix Auto Dagenham business has acquired neighbouring Fix Auto Hainault from owner Roy Watts, who is retiring from the industry.

Paul Cunningham, co-owner of Fix Auto Dagenham, said: “We have grown and developed our entire team over recent times, it’s now time we grew and developed the business. While these are extremely testing times with a huge cloud of uncertainty hanging over all of us, in reality you cannot let a great opportunity pass you by and that is very much the case with Hainault.

“When it became known to us that Roy wanted to step completely out of the industry and retire so, taking over a fellow Fix Auto site which, as the crow flies, is less than five miles from our Dagenham centre really was too good an opportunity to pass us by.”

Fix Auto Hainault is a 6,500 sq ft repair centre with a team of 15 that has been part of the Fix Auto network since May, 2013. It is the second time within a year that an existing Fix Auto UK partner has taken over a neighbouring territory with Ranjit Gill, owner of Fix Auto Slough, buying Fix Auto Uxbridge in March.

Ian Pugh, managing director of Fix Auto UK, added: “Chris, Paul, Neil and the Dagenham team are hugely talented and are highly respected by the entire network. What they are doing with their highly publicised ongoing development of personnel is industry leading, now they’re in a position to apply those work ethics and talents to further developing their business model into a multi-site operation. I, for one, am excited for what the future holds and I wish them all the very best.” 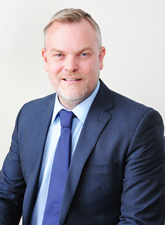