Park’s Motor Group has extended its representation of Renault, Dacia, MG and Nissan with the acquisition of Mackie Motors’ Arbroath and Brechin car dealerships.

The Hamilton-based AM100 car dealer group concluded the purchase of the property and stock from Mackie Motors and the sites on Montrose Road, Arbroath, and Clerk Street, Brechin, will now trade under the Park’s banner.

Earlier this month Park’s joined the Lexus franchise and added to its representation of Hyundai, Skoda and Toyota through the acquisition of Borders Motor Group. 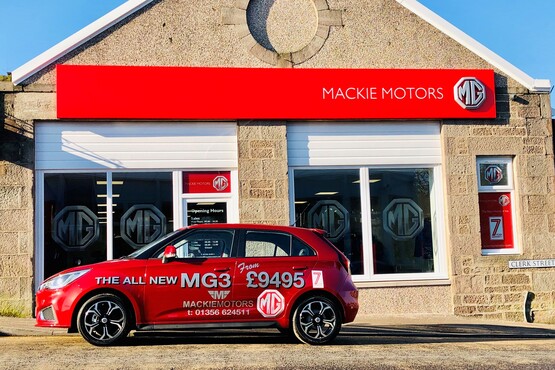 Mackie Motors MG, which was opened in March 2019, was shortlisted for the AM Awards 2020's Best New Dealership category.

A spokesperson for Park’s said “We have known the Mackie Motors business for a long time due to the level of success they have enjoyed within their local communities.

“We are delighted that we could complete the deal and look forward to growing these businesses and the wider group over the coming years.”

Kevin Mackie, the managing director of Mackie Motors, said: “It was a hugely difficult and emotional process for me given our family history in the industry over the last 45 years.

“However, I am confident that in selling the dealerships to Park’s I have found a new owner who shares the same ethos and values as I do and I trust them to continue to look after the customers we have been honoured to look after over the last 45 years.”

This month’s car retail acquisitions by Park’s Motor Group are its largest since its 2016 addition of 12 dealerships through the purchase of Scottish car retail group Macrae and Dick.