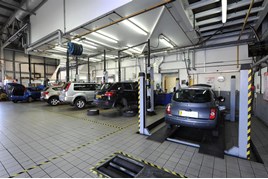 Research into motorists’ spending habits has revealed that most will buy 14 cars and spend a total of £212,904 running them during their lifetime.

Online car repair marketplace ClickMechanic also revealed that, on average, motorists spend 13,962 hours driving and taking care of their cars during an average driving career of 63 years, following its research.

Andrew Jervis co-founder of ClickMechanic said: “It’s staggering when you add up how much we invest in buying, owning and maintaining a vehicle over our lifetime, both in terms of time and money spent.

“We all lead busy lives and are stretched for time, so anything that helps us save time as well as money is a bonus and many of us use cost comparison websites and other platforms to try and reduce the time spent comparing quotes and making sure we’re paying a reasonable price.”

The average motorist also spends over 210 hours during their lifetime calling mechanics and 84 hours waiting around for our car to be serviced.

The amount spent on MOTs during roadworthy years could be around £3,000 and even more expensive if repairs are needed, ClickMechanic said.

They also prove time consuming with the average driver spending over 60 hours waiting for MOTs to be undertaken.

Key findings also uncovered that the average learner driver spends at least £690 on lessons before passing their test.

Insurance is another time and money drain with over 80% of drivers now buying their car insurance online.

ClickMechanic said that motorists spend approximately an hour comparing insurance prices and purchasing policies, a figure which adds up to 63 hours over the average motorist’s lifetime.

Owners calling out a mechanic approximately twice every three years, sees an average of £683 per repair, meanwhile, amount to £28,686.

Daily commutes can cost us at least £101,000 on fuel and as much as 600 hours (or 25 days) at a filling station throughout the course of your lifetime.

ClickMechanic’s online quoting engine aims to make it easier for motorists to get quotes and book a vetted mechanic.