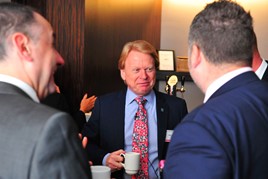 The IMI has welcomed the proposal that EV technicians should require a ‘licence to practice’ before working of all-electric cars and vans in the Government’s Road to Zero document.

The Department for Transport (DfT) published the ‘Reducing emissions from road transport: Road to Zero Strategy’ on Monday and confirmed that the that Government is considering the Institute of the Motor Industry’s (IMI) proposed Licence to Practise as part of its new policy alongside other EV-centric policies.

Steve Nash, Chief Executive at the IMI, said: “The strategy published this week by the DfT marks a very significant achievement for the lobbying campaign that the IMI has led on behalf of the motor industry to bring about regulation to protect those working on the high voltage systems of electrified vehicles.”

The IMI has been lobbying for the introduction of regulation for vehicle technicians working with electrically-propelled vehicles.

The introduction of such a scheme is likely to benefit franchised retailers, whose technicians are kept up-to-date with regular training from their manufacturer partners.

In response to the National Franchised Dealers Associations Spring 2018 Consumer Attitude Survey, 1,000 motorists revealed that they already trusted franchised retailers with AFVs over the independent and fast-fit rivals.

Respondents who have used a franchised retailer for aftersales during the past two years, 59% said that they would trust them to service a hybrid vehicle, compared to just 12% for an independent garage and 4% for a national chain. For an EV those rose to 61%, compared to 8% and 5% for the independent offering and national chain, respectively.

Those respondents who had not used a franchised retailer for their vehicle’s maintenance in the past two years 35% trusted them with a hybrid and 41% with an EV – the highest measure of trust once again.

Nash’s comments on the need for a new licence for practice clearly stated that the benefits of thorough training and accreditation of EV technicians extended way beyond a simple competitive advantage, however.

He said: “As we advance towards a zero emission future, the technology that technicians will be coming into contact with on a daily basis will change – resulting with high voltage electrics becoming commonplace.

“Those who aren’t properly trained or equipped would be risking serious injury or potentially fatal shock, which is why we have lobbied the government to act now to ensure that a regulatory standard or license to practice is introduced for anybody wishing to undertake such work.

“We have put forward detailed proposals for such a regulatory standard and how it can be administered and enforced.”

Nash said that the Government’s commitment to work with the IMI to advance towards a regulatory standard, and ensure the wide availability of skilled individuals who can work safely on high voltage vehicle systems was “truly welcomed”.

He added: “The IMI is, therefore, delighted to see that the government’s new strategy outlines the importance of training workforces to be able to handle new vehicle technology.”