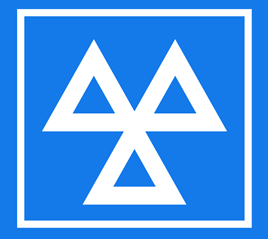 The Independent Garage Association (IGA) has raised concerns with the Government regarding the impact of extending MoT expiry dates for six months in response to the COVID-19 coronavirus outbreak.

While supporting the Government’s measures to control the spread of coronavirus (COVID-19), the IGA said it does not agree with the Department of Transport's (DfT) decision to grant drivers a six-month exemption from MoT testing.

Intstead, the IGA has proposed to Government that it starts with an initial six-week MoT test extension period, which could be reviewed on a weekly basis, rather than the proposed six months.

Stuart James, chief executive at the IGA, said: “We really need the government to take this on board. We understand that measures need to be put in place to fight the virus, and support these measures, however we do not agree with the six months extension of MoTs. We urge the government to show a degree of flexibility, as the repercussions for the independent sector will be severe.

“Better guidance also needs to be given to the public regarding the extension to ensure that vehicles remain roadworthy.”

The National Franchised Dealers Association (NFDA) called for a three-month MOT moratorium during the Government-imposed lock-down of non-essential retail businesses just 24-hours before the six-month moritorium was officially announced.

While the industry body has argued that car retailers’ aftersales operations should be allowed to remain open to provide an essential service to fleet operators and other key workers who need to remain mobile amid the coronavirus outbreak, the NFDA called for clarification on MOT laws for the rest of the population.

However, the IGA believes that deferring MoT tests by six months will have a ‘detrimental impact on the independent sector’ that carries out 80% of the UK’s 30 million MoT tests each year.

The IGA says that the Government needs to consider that many MoT testing operations, being small businesses, will have their cashflow impacted once the coronavirus outbreak is over. It predicts that next year will bring about a significant reduction of tests in March, April and May and the crisis may extend for years ahead with some businesses in this sector only conducting MoT tests.

The current MoT test failure rate is 31% and the IGA believes that this figure represents nearly 10 million vehicles that do not meet the basic roadworthiness level of compliance. The IGA believes that ‘any length of MoT extension will increase the number of vehicles that are unroadworthy, even given reduced usage, so the Government needs to take this into consideration’.

From March 30, all cars, motorcycles and vans that require a MoT test will be exempt from needing a test to enable essential travel to work where it cannot be done from home, or shop for necessities.