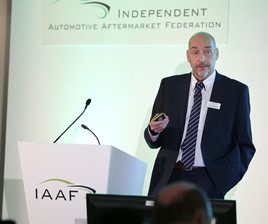 Members of the Independent Automotive Aftermarket Association (IAAF) will be able to able to gain insight into vehicle recalls and market surveillance in an upcoming online conference call.

Mike Smallbone, head of membership development at IAAF, is set to host the Zoom-based interactive session from 10am on September 22.

The third in a series of Industry Briefing Bitesize sessions from IAAF will also update members on the latest activity from across the IAAF from chief executive Wendy Williamson, followed by the opportunity to participate in a live Q&A session.

Smallbone said: “We’ve received great feedback from our previous two sessions and we’re looking forward to what we’re confident will be another successful virtual meeting.

“By taking the Industry Briefings online, we’ve be able to continue to directly communicate with members and keep them up to date over the course of what has been a busy, but productive, few months.”

Back in July the IAAF's second ‘Industry Briefing Bitesize’ webinar looked at how the coronavirus pandemic had affected the automotive aftermarket industry and saw Quentin Le Hetet, from GiPA, analyse how the six-month MOT extension has changed MOT seasonality.

Autocar reported on August 11 that existing owners of the best-selling version of the brand’s Kuga model – accounting for half of registrations to date – have also been told not to charge their cars “until further notice” ahead of correspondence over a forthcoming recall.

Back in July Volvo dealers in the UK learned that they would be put in touch with thousands of owners of Volvo cars as old as 14 years in order to replace a seatbelt cable which the safety-conscious carmaker fears could become faulty.

Globally more than 2.1 million Volvos, including the best-selling Volvo XC60 SUV, V70 estate and XC70 crossover, S60 saloon and V60 estate and its past flagship S80 saloon, will be called into Volvo dealerships to address a potential issue with cables on the front seatbelts. 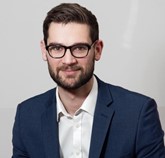