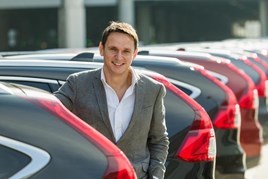 Honda UK is piloting a re-prospecting service at 30 of its dealers to help them win back customers who've walked out without buying.

Entitled 'Prospecting Satisfaction', the programme enables Honda UK and participating dealers to understand why a prospective purchaser did not buy and whether they are still in the market to be resolicited.

Honda UK head of cars Leon Brannan told AM the pilot has been successful but a decision will be taken within the next couple of weeks whether to roll out the programme to the entire Honda dealer network.

"This is very expensive to do nationally, the ROI has to be right, and we have to take the network with us in terms of the benefits because they could easily see this as a bit 'Big Brother'," he said. "It's actually a lead generation programme."

The concept is for Honda to capture all enquiries centrally. Dealers are measured on the enquiries generated and acted upon, and all enquiries are followed up two weeks later by Honda's agencies - BDM, Douglas Stafford and BPA Quality - to measure the consumers' experience, whether they bought or not, if not for what reason, and whether they are still looking for their next car.

In the three-month pilot, two thirds of the people contacted had not yet bought a car two weeks after the enquiry.

"That instantly becomes a re-qualification exercise that goes instantly back to the dealership, with the reason they haven't bought."

Brannan said the benefits include creating a culture of consumer data capture with instant measurement dealer-by-dealer of who is generating more enquiries, plus the opportunity to contact the consumers to monitor the quality of the sales process, and intelligence on what customers are actually doing.

AM Poll
How soon will your business recover after the Coronavirus threat is over? (Please leave a comment)
Vote
View all
286