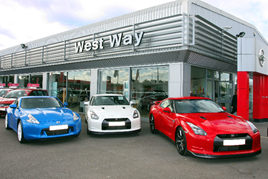 After five years of rapid new car volume growth (see chart) and a focus on customer retention the car brand is concerned that parts of the network are struggling to cope with aftersales growth.

Some of the affected dealers may not realise there’s a problem because their retail hours are up and the business feels quite full, said Nissan Motor GB managing director James Wright.

But Nissan has identified the capacity issue through satisfaction scores and its tracking of customer wait time for a booking shows it is increasing.

Chris Marsh, recently appointed marketing director after three years as the brand’s aftersales director, said in the 1-5 year vehicle parc Nissan is up 13% year-on-year so there is a big opportunity to drive retail business, and the carmaker sees its role in supporting the network to balancing this against its own increased internal jobs due to higher used car sales and increased warranty work.

The remedy for this is to make the existing assets work harder and smarter, said Wright, which has led Nissan to begin the extended hours pilot at its manufacturer-owned Westway dealerships.

The car brand recently revealed that its franchised network’s average return on sales had reached 1.5%, and the average Nissan dealership is now retailing around 1,000 new and used cars.

However Wright said there is room for improvement.  Gross profit per unit on new cars over the past six years has remained flat, despite strengthening the model mix away from cut-price Micra city cars and the customer paying more for their car in general.

To drive change, Nissan GB has restructured the margin since April to increase the hold-back margins  and restrict the tendency to deal away too much margin on the car.

That is expected to generate 0.2% to 0.3% of the total return on sales, Wright said.