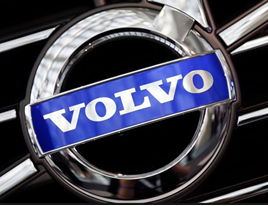 Volvo is recalling 7,000 cars in the UK because of a software fault that can briefly stop the engine.

A dealer fix is said to take 30-minutes.

Volvo spokesman Stefan Elfstrom said the glitch can be "unpleasant" but the company has no information about any accidents caused as a result.

He told Sky News that "the experience isn't a nice one" for drivers who find their engine cuts out.

But he said it would be "barely noticeable" when travelling at speed because both the engine and the electric system would start up again straightaway.

A Volvo spokeswoman said: “A software issue in the electronic central module could cause the engine to momentarily cut out.

“There no reports of any accidents but we have had some drivers - not in the UK - who have contacted us to say an issue had arisen.”