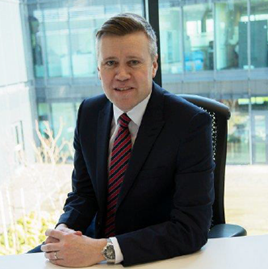 He replaces David Peel, who has moved to the position of managing director of Peugeot Motor Company.

Previously Peugeot Citroën Retail UK sales operations director, Weston started in the motor trade in 1997 as a sales executive on a graduate trainee programme for Currie Motors in London.

He joined Peugeot Citroen Retail Group in 2001 as an assistant sales manager at Robins & Day Chiswick before spending a further two years at the site as the general sales manager.

In 2013 he joined the head office team as the sales director, being responsible for driving the volume and profitability of the group.

Weston said: “Peugeot Citroen Retail Group has experienced significant growth in recent years, with excellent levels sales across all channels, improved customer satisfaction and importantly enhanced levels of profitability. Our people are pivotal to our success and I am determined to continuously develop the engagement within our teams to further improve our performance in 2016 and beyond.”