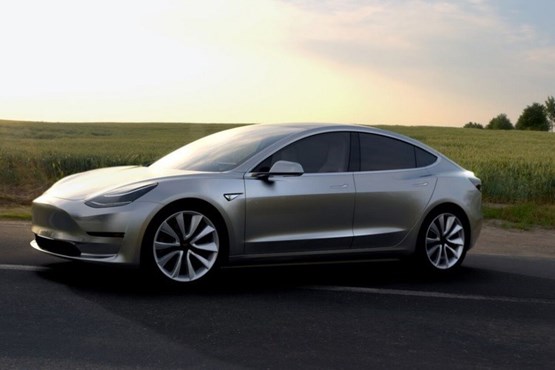 Tesla has opened the order books for its Model 3, a new electric car which will bring the US car brand to the mass market.

Tesla chief executive Elon Musk has a desire for around 500,000 cars per year across its model lines once production gets up to full speed.

However the company is still yet to make a profit – something Musk insists will change in 2016, despite continuing huge investment into R&D. In 2015 it posted a net loss of $889m (£620m).

The five-seat Model 3, similarly sized to an Audi A4, will have a range of at least 215 miles on a full charge, Tesla says, and will include its ‘autopilot’ safety features. 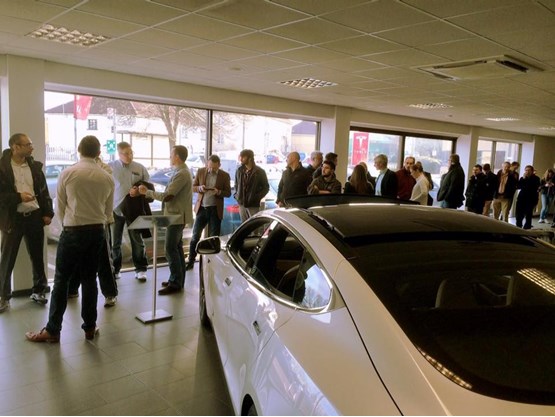 Prospective buyers were lining up at Tesla Stores globally yesterday ahead of the world reveal, including pictured here at the company's dealership in West Drayton near Heathrow.