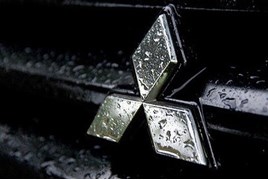 Mitsubishi has established a committee of outside legal experts to investigate the falsification of published fuel consumption claims for its Japanese mini cars.

The board of directors at Mitsubishi Motor Corporation apologised for the deception which appeared within official consumption testing data submitted to the Ministry of Land, Infrastructure, Transport, and Tourism.

Mitsubishi has admitted that the false claims scandal – which does not affect vehicles sold in the UK – had been ongoing for 25 years.

A statement on the company's global website said: "In connection with the certification process for the mini-cars manufactured by Mitsubishi Motors Corporation (MMC), MMC hereby notifies that the board of directors decided to establish a special investigation committee consisting of only external experts.

"MMC expresses its most sincere apologies to all of our customers, shareholders and stakeholders for any inconvenience or concern caused by this occasion,"

A statement issued by MMC said that the committee would carry out an investigation to uncover the facts surrounding the matter, to confirm the existence of any other improper conduct and analyse the cause of the brand’s failings, offering suggestions to prevent recurrence.

The committee shall investigate the Matter for about the next three months, and make a report on its results, which MMC said it planned to disclose “in a timely manner”.