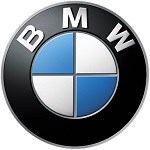 BMW is delivering 100 jobs to North Lincolnshire as part of plans to develop a £25 million distribution centre.

The German manufacturer was given the green light to develop the near-6,000 square metre pre-delivery inspection facility by planners for Able Humber Port at North Killingholme this week.

Around 10,000 vehicles will be stored on the site which will have a 175m long workshop at its heart, featuring inspection, wash, paint and repair bays, as well as stores and staff welfare areas.

BMW already imports vehicles to the UK via the nearby Port of Immingham, where a similar facility was opened by Paragon on behalf of Kia earlier this year, and the new facility will provide temporary storage for nine years as part of a deal to maintain its Humber operation.

Speaking to the Scunthorpe Telegraph, the executive chairman of the 60-acre Able Marine Energy Park Enterprise Zone on which the new facility will be developed, Peter Stephenson, said: “This is a major step forward in the development of Able Humber Port.

“We already have well-established large-scale vehicle and storage facilities and this new contract involves a further £25 million investment.

“We are delighted to have such a prestigious company as BMW Group as a new client. Able Humber Port is ideally placed for the kind of facilities required by major vehicle manufacturers, with both the space and the proximity to ports handling vehicle movements.”

Work on BMW’s new PDI facility should be completed by the end of next year.