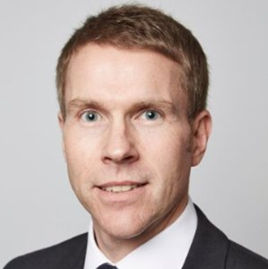 “We do a lot of customer research and it’s clear a more simple ecommerce buying experience is what a lot of drivers crave.”

However, he warned retailers must strike a balance between ease of purchase and offering the right level of customer service.

“There’s still a lot of people that like to make that connection with a car dealer and to obviously test drive the product first, so you’ll always need to have a balance. That’s something Toyota will always consider.”

Catering to a changing driver

Toyota is a third-party partner of Uber, with its Prius model popular among the app’s taxi drivers. It has also piloted the Yuko Car Club in Ireland, which allows people to rent its hybrid cars by the hour.

Cullis believes the popularity of services such as Uber and short-term car rentals will mean fewer people actually buy cars in the future.

“There’s big changes to ownership afoot. Millennials are used to getting an Uber and renting phones, and I sense that will be the future for cars too.”

He insists, however, brands shouldn’t reduce marketing spend in 2017.

“We’re not reducing ad budgets, in fact, we’re maintaining media spend and the C-HR campaign is the biggest campaign we’ve ever launched in the UK, with big spots around The Voice and in cinemas around Trainspotting 2.

“The key thing for us is to make sure we spend as efficiently as possible in the right areas. Whatever ends up happening, we don’t expect to see a huge impact in how we go to market with our cars.”