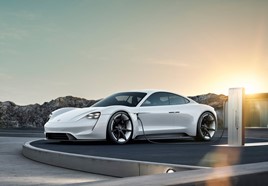 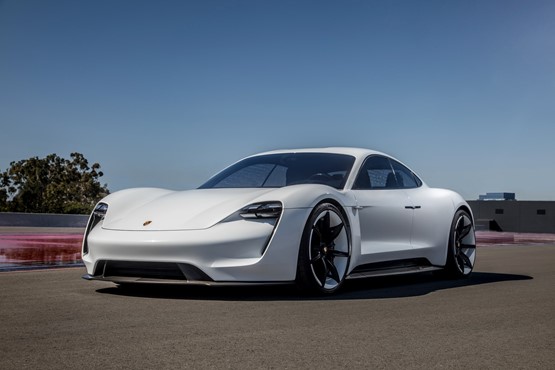 Boasting a 0-60mph acceleration time of less than 3.5 seconds, the high performance EV supercar is powered by two electric motors producing more than 600PS and is said to cover more than 300 miles on a single charge.

The much-anticipated new model is currently on display at a new interactive pop-up store at intu Trafford Centre. Open until July 4, the Porsche Life pop-up store is designed to encourage customers to interact with the brand and explore it through a digital playground.

A large scale model of the Mission E take centre stage at the pop-up and visitors can virtually drive the vehicle, customise it and discover its components in X-ray vision using an augmented reality app.

“Our new electric sports car is strong and dependable; it’s a vehicle that can consistently cover long distances and that epitomises freedom”, said Oliver Blume, chairman of the Executive Board of Porsche AG.

Porsche plans to invest more than six billion euro in electromobility by 2022, doubling the expenditure that the company had originally planned.

Of the additional three billion Euro, some 500 million Euro will be used for the development of Taycan variants and derivatives, around one billion euro for electrification and hybridisation of the existing product range, several hundred million for the expansion of production sites, plus around 700 million Euro for new technologies, charging infrastructure and smart mobility.

At the Porsche headquarters in Zuffenhausen, a new paint shop, dedicated assembly area for the Taycan and a conveyor bridge for transporting the painted bodies and drive units to the final assembly area are currently being constructed.

The existing engine plant is being expanded to manufacture electric drives and the body shop will also be developed. Investment is also planned for the Weissach Development Centre.

Production of the Taycan is creating around 1,200 new jobs in Zuffenhausen alone.