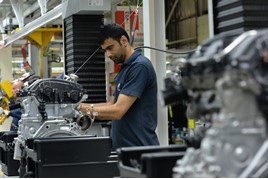 Ian Robertson, BMW's UK special representative, has clarified that the company has no intention of moving production outside the UK, but has said Brexit uncertainty will push up the price of its cars.

Robertson spoke with journalists at the SMMT’s International Automotive Summit 2018 in London on June 26.

He told the BBC that new border systems and warehousing would add to the costs of making cars and “it’s a potential risk...we would like to avoid."

Robertson said BMW would be forced to invest in new customs systems later this year if there is no further clarity from the Government on its Brexit strategy.

His comments follow on from an interview he gave the FT earlier this week that a lack of clarity on Brexit from the Government would force BMW to consider contingency plans for its BMW UK Manufacturing facilities at Mini Plant Oxford, Hams Hall, Swindon and Goodwood.

In another interview with the FT, Ian Howells, senior vice-president of Honda Europe, said that red tape and delays at customers to its supply chain would add around £2.1 million in extra costs just to handle the IT systems and staffing to cope with additional customs declarations.