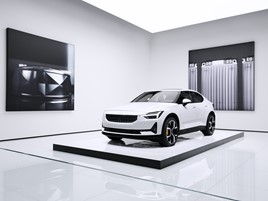 UK consumers will be given their first glimpse of Polestar 2 in July.

The EV-only brand is on a promotional tour for its volume-orientated new model, visiting 15 cities in its six European launch markets: Sweden, The Netherlands, Belgium, United Kingdom, Germany and finally Norway, where it will open its first ‘Polestar Space’ retail outlet in Oslo.

Polestar, the electric vehicle brand jointly owned by Volvo Car Group and Geely, is positioning the electric executive saloon to compete against the Tesla Model 3 and BMW 3 Series.

The Polestar 2 range is expected to start at around £40,000, but a subscription service will be offered alongside traditional purchase options.

The brand said the Polestar 2 is capable of up to 311 miles range on one full charge.

Details of where the Polestar 2 tour will visit in the UK will be announced in the next few weeks.