Volkswagen Group is developing a new scalable platform that will underpin all its future electric vehicles (EV), as part of its new roadmap to electrification.

Herbert Diess, CEO of VW, said: “Electrification and digitalisation are changing the vehicle faster and more radically than ever before. Economies of scale are absolutely critical for both issues.

“Our platform roadmap will put us in an even better position to tap the full potential of our Group alliance. By pooling the strengths of our strong brands, we will thus be able to scale up our future technologies even faster and maximise the number of people benefiting from them.”

By 2022, VW will offer 27 MEB-based models throughout the Group and the first vehicles based on its PPE platform, with faster acceleration, higher ranges and shorter charging times, are expected next year.

SSP-based vehicles could appear as soon as 2025.

In addition, VW is also pursuing a platform strategy for batteries and charging. Starting in 2023, the Group will introduce a unified cell to be scaled up around the world. By 2030, the unified cell is to be installed in around 80% of all the Group’s electric vehicles. The move is expected to reduce the cost of battery cells by up to 50% percent in the entry-level segment and by up to 30% in the volume segment.

VW said that its EVs are expected to exceed 70% of European sales volumes by 2030 – doubling its previous target of 35% - with the launch of at least one new EV model every year.

The all-wheel-drive ID.4 will kick things off in the first half of 2021, followed by the sporty ID.5 in the second half of the year.

Plans for an electric car suiting beneath its current ID.3 hatchback, with an entry-level price starting at €20,000, should be realised in 2025.

However, VW said that its combustion engine fleet will also be further developed, with core models including the Golf, Tiguan, Passat, Tayron and T-Roc, all set to gain a successor. 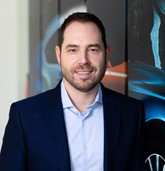