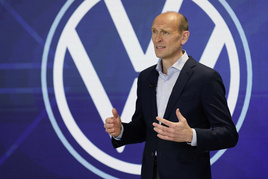 Volkswagen has set-out its plan to leverage profitability from data as it focuses on a future of autonomous electric vehicles (EV) with its new Accelerate brand strategy.

The German carmaker’s chief executive, Ralf Brandstätter, revealed plans to cut fixed costs by 5% as part of an effort to achieve an operating margin of 6% by 2023, in a presentation this morning (March 5).

But while the OEM will look to achieve operational efficiencies in a bid to “bring all regions into the black in the long term” it also revealed ambitions that will see data-based business models tap into additional sources of income and autonomous driving made widely available by 2030.

“E-mobility was just the beginning: the real disruption has yet to come. With our strategy we will Accelerate towards the digital future,” said Brandstätter.

“In the coming years, we will change Volkswagen as never before.”

Through Accelerate Volkswagen aims to transform itself into “the most attractive brand for sustainable mobility”.

Volkswagen is spearheading the development of the customer-centric digital ecosystem, with the ID. Digital agile project set to provide the brand’s new range of electric vehicles (EV) with “over-the-air” updates every 12 weeks starting in summer 2021.

It said that the development – mirroring that started by Volvo with its XC40 Recharge SUV this week – would enable the vehicle to remain up to date throughout its life cycle and become better and better with new functions.

Brandstätter said that the updates would also allow VW’s EV ranges to be simplified, with customers left to decide paint colour and wheel size, while software upgrades and additional functionality could be provided over-the-air.

A fully networked fleet of over 500,000 vehicles is expected to be on the road in just two years’ time, VW said, through which it could transmit direct customer feedback to new functions.

Volkswagen thus aims to generate additional revenue over the service life of the vehicle through charging and energy services, or through automated driving.

VW said that its EVs are expected to exceed 70% of European sales volumes by 2030 – doubling its previous target of 35% - with the launch of at least one new EV model every year.

The all-wheel-drive ID.4 will kick things off in the first half of 2021, followed by the sporty ID.5 in the second half of the year.

Plans for an electric car suiting beneath its current ID.3 hatchback, with an entry-level price starting at €20,000, should be realised in 2025.

However, VW said that its combustion engine fleet will also be further developed, with core models including the Golf, Tiguan, Passat, Tayron and T-Roc, all set to gain a successor.

Brandstätter said: “We will still need combustion engines for a while, but they should be as efficient as possible, which is why the next generation of our core products – all of which are world models – will also be fitted with the latest generation of plug-in hybrid technology, with an electric range of up to 100 kilometers.”

Volkswagen has said that everything it has planned for the future, customers will be able to experience in a vehicle for the first time in 2026, with the launch of its Trinity connected and autonomous vehicle project.

Starting with Trinity in 2026, Volkswagen said that it will take the lead in the Volkswagen Group by establishing “a neural network” across its fully networked vehicle fleet over which vehicles will continuously exchange data, for example on the traffic situation, obstacles or accidents.

Brandstätter said: “Volkswagen will undergo profound changes. We will epitomise not only climate-friendly e-mobility, but especially fascinating digital customer experiences, new business models and autonomous driving for many people.

“We have built up a strong basis for this over the last few years. Now, with Accelerate we will give digitalisation a further push.” 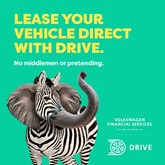