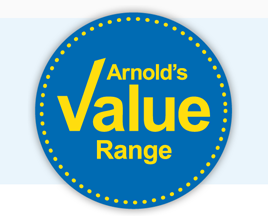 The growing success of its used car operation has contributed a significant amount to the boost in turnover and profitability of car dealer Arnold Clark Automobiles, helping to mitigate tightening new car margins.

The AM10 dealer has reported 2014 turnover of £3.2 billion and profit before tax of £107 million, increases year-on-year of 12% and 26% respectively. New car sales accounted for only about 2% of this result.

Instead, managing director Eddie Hawthorne said the growth had come from the “continued buoyancy in used car values, driven by our used car operation and low interest rates, plus our contract hire department”.

Across the sector the PCP funding method has proved a boon in new car sales, but while Arnold Clark is also benefiting from this phenomenon, it had also started proving the product on up to 36-month used cars, with finance company support.

Arnold Clark’s strategy for 2015 was to continue to work for further gains in used cars, despite a hardening of residual values – particularly in small cars – due to a surplus in supply: “auction companies are finding it harder to make private sales because customers are coming to us instead for all the benefits a franchised dealer can provide,” Hawthorne said.

In 2015, he said, increase in the company’s scale will come in boosting the number of its used car outlets. It has used car centres in Birtley, Glenrothes, Newcastle and Warrington.

Used car margins, Hawthorne said, are growing, but while new car retailing is still profitable margins reduced from 2013 last year. “Earnings went backwards as targets went up and we had to sell more cars to earn the same amount of money as in 2013.”

Arnold Clark is one of numerous dealers to cite margin pressure driven by increased targets, often tightened from a quarter to a month.

“Is this behaviour acceptable? No. Is it sustainable? No. There has to be some return for us otherwise there would be no point in the business, given the levels of investment expected,” he said.

> The June AM100 was recently revealed. View the countdown.