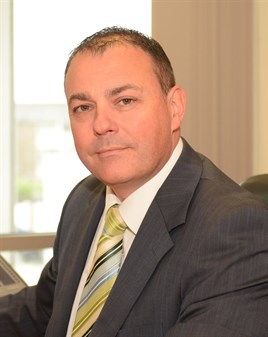 Wessex Garages latest expansion with the addition of the Renault and Dacia franchises for the first time will increase the group’s turnover to £150 million and boost the business up three places in the AM100 to 88th.

Keith Brock (pictured), Wessex managing director, said the decision to add the new franchises at the dealer group’s motor park in Newport was made after discussions which had been going on for a two year period.

Newport had been an open point for Renault for the last seven years.

Renault is recovering its volumes in the UK after falling from 181,651 units in 2001 down to a low of 40,760 units in 2012 after culling several unsuccessful models. The franchise is now starting to build back up again and posted registrations of 66,334 units last year.

Dacia started sales in the UK in 2013 and posted an impressive 17,146 units in its first 12 months due to its no-haggle and fuss free model-line up striking a chord with cost conscious new car buyers and used car converts.

Brock told AM he had been tracking the both brands’ recent growth and that was one of the decisions behind pressing ahead with the new addition.

He said: “Part of my job is about looking for opportunities and the brands which will offer growth over the next five to 10 year period.

“I was fortunate to visit the Renault directors in Paris during 2014 where I was shown future product plans. This helped us to share in their vision and see the potential. The senior team impressed me.”

Brock said the Renault and Dacia franchises are a good fit for the Newport area where the target demographic of customers are looking for quality and value for money.

The new Newport dealership, has space for nine-cars in the showroom and sits on a three-acre site. The new operation has also created 12 more jobs.

The motor park at Seven Stiles Avenue has a combined workshop with 14 bays (two of which are MoT) and a new class 7 MoT facility.

Brock expects the new site to start contributing positively to the group’s profits immediately and a “full return” will be available once the new site is fully established in 2016 and 2017.

Combined Renault and Dacia sales are expected to be 500 units in the first full year.

Wessex has further plans to grow the size of the business this year with a new Nissan dealership in Cribbs Causeway, Bristol, which is due to open on December 18 this year.

Wessex is the 14th retail partner to be appointed to the Renault and Dacia network in the last 12 months.

Renault is planning to increase its market share to 5% in the UK and to make the brand a market leader in customer satisfaction and brand opinion by 2017.