The retailer, based at The Point in Llandudno Junction, finished highest against target for the UK for commercial vehicle sales and sales of parts and accessories.

The team, headed by brand manager Johnathan Baxter, are the first to hold first position in the UK for both vehicle sales and parts and accessories.

The award was presented by Trevor Hodgson-Phillips, VW head of service and parts.

“We’ve won awards before, but this is something special,” said Baxter.

“Finishing in top spot in both areas of the business shows the strength in depth we have right across the team.

“Our people have a real focus on customer satisfaction and combined with Volkswagen’s great products – it’s a winning formula.”

The sales team are currently on 167% against new vehicle sales target for the year.

North Wales Volkswagen is part of CJ Automotive, who took over from Pentraeth in 2012 and relocated last year to a new, purpose-built showroom on a multi-franchise site at The Point. 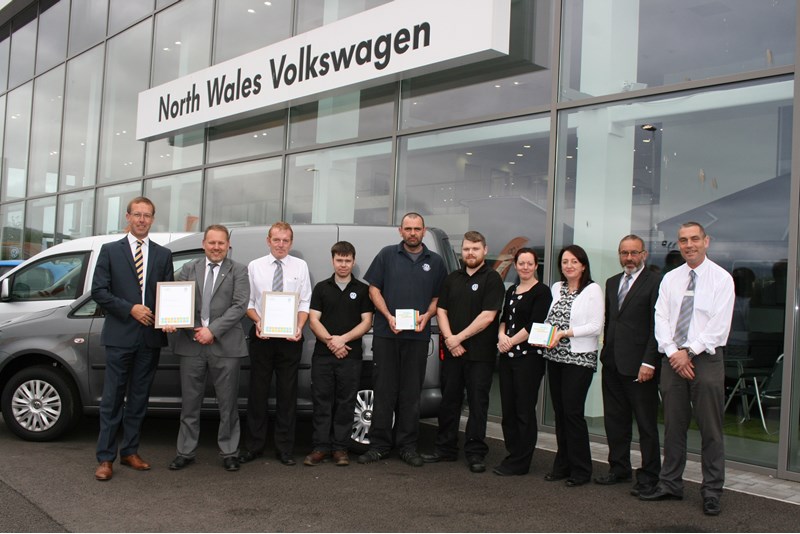