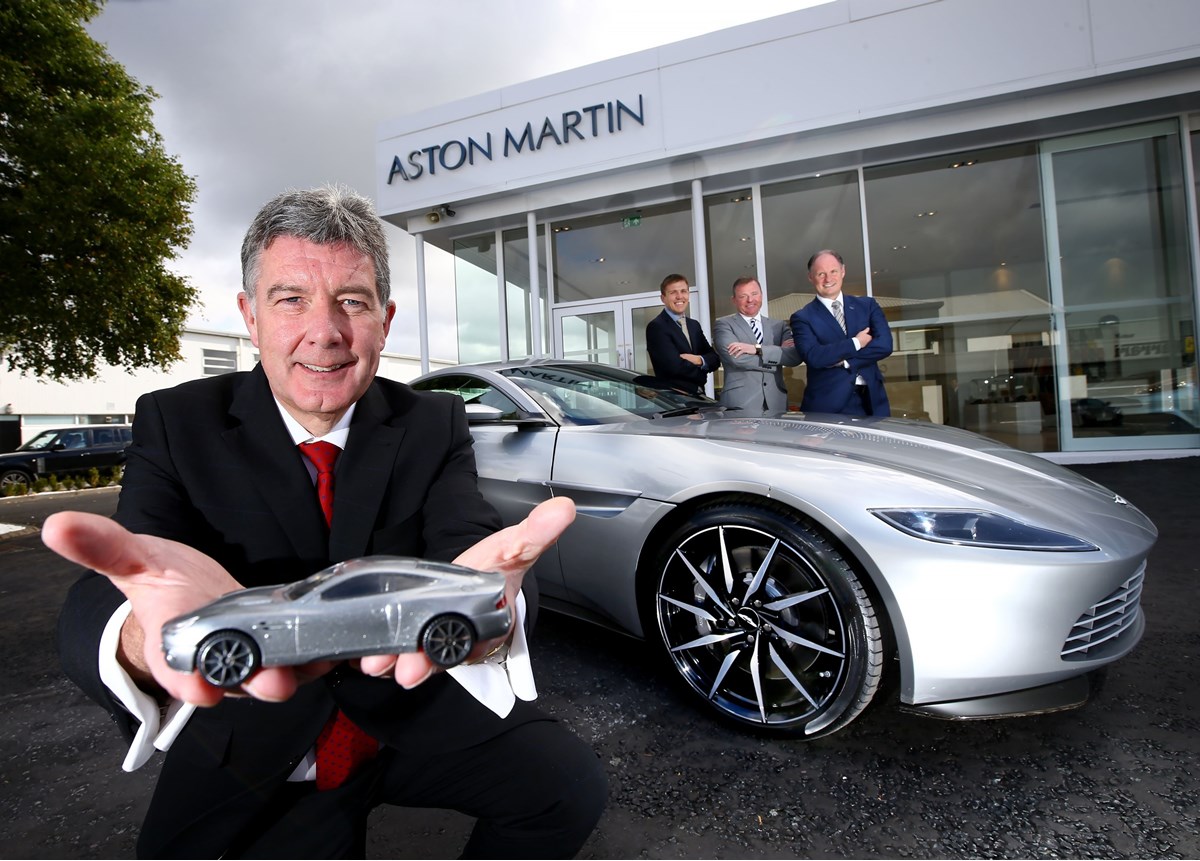 The investment, of almost £1 million made by the company adds an additional seven new jobs at the Boucher Road-based dealership, Belfast.

The Aston Martin DB10, designed and built exclusively for the film, was unveiled for the first time at the launch of the new showroom.

Charles Hurst – the only car retailer on the island of Ireland licensed to offer the brand – has constructed a retail unit featuring floor-to-ceiling glass windows and a unique luxury interior.

Customers will have access to services such as the ‘configuration lounge’, where they can use their creativity and imagination to tailor their new vehicle to their own specification.

“Belfast is officially home to the ultimate in super-luxury motoring and Charles Hurst Group is proud to be opening this first-class retail unit to fulfil the needs of our loyal customers and potential owners.

“This new, £1 million facility has been completely transformed and delivers this on all fronts.”