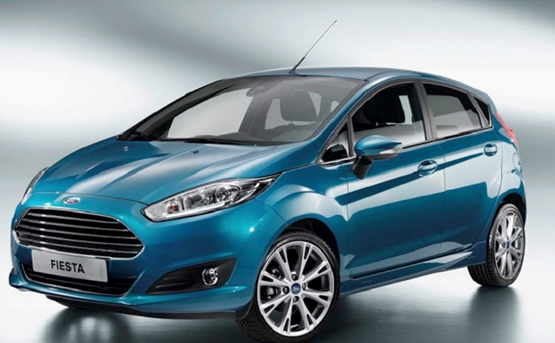 New car registrations in the UK reached their highest-ever September total last month, according to figures released this morning by the Society of Motor Manufacturers and Traders (SMMT).

A total of 462,517 cars were registered in the plate change, making it the 43rd consecutive month of growth in the market. And despite the Volkwagen emissions scandal demand for diesel remained strong and its group cars all saw market share growth year-on-year, except Seat.

It is the first time that the two million mark has been passed in September since 2004.

Gains were made across all market sectors – private, fleet and business – while petrol, diesel and alternatively-fuelled vehicles all saw increased demand.

In line with typical performance so far this year, registrations of diesel and petrol cars in September grew 4.1% and 12.3% respectively, and alternatively-fuelled vehicles (AFVs) recorded another strong month with volumes up 21.7%.

“With plenty of attractive, affordable deals available on the new 65-plate, Britain’s car buyers – whether private, fleet or business consumers – were busier than ever.

The market reached pre-recession levels some time ago, and we anticipate some levelling off in the coming months.

It is too early to draw conclusions, but customer demand for diesel remained strong, accounting for one in two cars registered.” 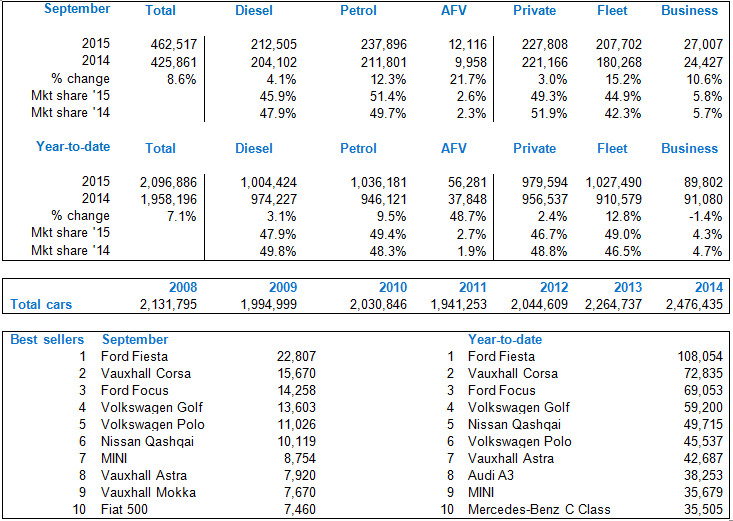 “It is positive to see that the new car market has continued to remain strong during September and the successful plate change reflects growing economic confidence”, said Sue Robinson, director of National Franchised Dealers Association (NFDA).

"In what is typically considered a high volume month for registrations, it brings great news that the 64-plate change this month is the best performing month since September 2004.

“The fleet market remains strong with a 15.2% increase as business confidence grows, and in turn encourages businesses to invest in new vehicles.

“The NFDA is hopeful that the growth and stability of the market shown by the latest plate change will continue through the remainder of the year.” 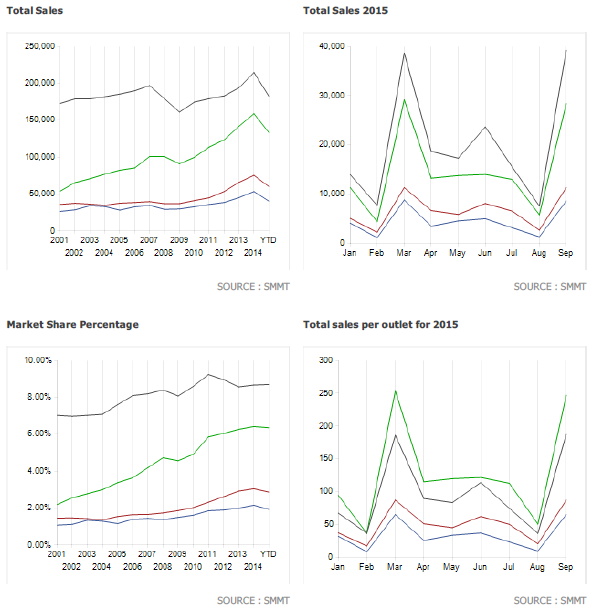 Richard Jones, managing director of finance provider Black Horse, said: “The usual new plate surge in September was to be expected, but despite being the highest on record we should still guard against complacency and so its pleasing to see the ongoing success story UK automotive industry.

“Despite the potential of an interest rate rise, we expect this growth to continue, albeit at a more modest rate for remainder of 2015.”

Mike Allen, at analyst Zeus Capital, said: “We think the dealers have traded well against this backdrop, with the VW scandal hitting the last week of trade. But we would highlight the high level of fleet sales in the period, suggesting the rate of self-registrations is increasing.

“The strength of this September market will secure a good 2015 for most dealers but we believe there are a number of factors which have the potential to create a greater level of uncertainty going into 2016.

“The FCA is paying closer attention to the sale of guaranteed asset protection by dealers, which is impacting sales volumes, the full impact of the VW emissions issue is yet to be understood and levels of consumer demand are likely to begin to flatten out, all of which we believe has the potential to create uncertainty going into 2016.”

> For September and historic new car registration figures by private, fleet and business go to AMi. Free access to dealers.