Was this article useful?
1 person found this useful
15 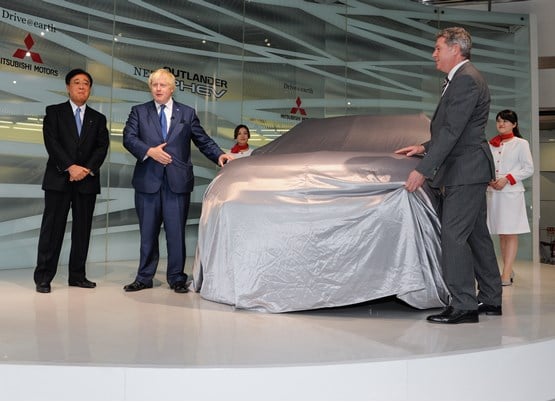 The arrival of plug in technology and the Outlander PHEV in Mitsubishi showrooms has led to a dealer recruitment surge and the need for a new kind of showroom staff.

Speaking in a video created by the brand to mark the arrival in the UK of the facelifted plug in hybrid Outlander, Tony Roberts, group chief executive of Salisbury Mitsubishi says he has doubled staff at the business’s Poole site and added nine more at his centre in Salisbury.

“People who perhaps wouldn’t have considered the motor industry, the type of customer adviser I would call them rather than a sales person, to put the technology across has to be far more tech savvy than perhaps the silver haired generation that I’m in,” he said.

“But it is a great pleasure to learn every day and to see people of even my age group embrace this.”

Lance Bradley also talks about the impact on jobs at Mitsubishi UK and the importance of financial incentives introduced by London Mayor Boris Johnson in the capital and the car’s relevance to the introduction of the world’s first city ultra-low emission zone in 2020.

Some 20,992 motorists have bought plug-in hybrids and EVs so far in 2015 with the Mitsubishi Outlander PHEV the most popular, outselling its nearest rival by more than two-to-one.

Campaign group Go Ultra Low has analysed the latest sales figures from the Society of Motor Manufacturers and Traders (SMMT) and revealed plug-in hybrid sales especially are up 226.5%, compared to 2014.

The Mitsubishi Outlander PHEV has won 9,303 sales so far this year, ahead of the launch of the new vehicle.

Video: Boris Johnson, Tony Roberts and Lance Bradley talk about the Outlander PHEV and its impact