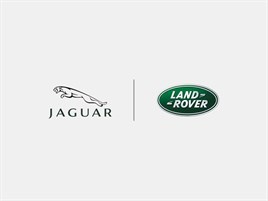 New jobs will be created as two high-flying dealers prepare to expand their Jaguar and Land Rover dealerships to accommodate a ‘surge in demand’.

Pendragon has applied for permission to build a new Land Rover and Jaguar showroom at its existing dealership site on the A690 Durham Road, Sunderland, with a new used car dealership on the former Quicks garage on the opposite side of the A690 at Stoneygate.

According to the Sunderland Echo, the move represents a £5.5 million investment and should boost the dealerships’ 33-strong head count and vehicle sales from 150 new vehicles and 200 used vehicles a year to up to 500 new and 800 used.

A spokesman for Stratstone told the newspaper: “We can confirm we’re currently seeking planning permission for a project that will see significant investment in the location to provide customers with greater choice and an enhanced buying experience in a state-of-the art retail environment.”

In Colchester, Lookers Land Rover is preparing to invest in its Land Rover operation with a move to a larger, purpose-built site.

The operation is set to move from Cowdray Avenue, where it has been based for around 20 years, to a 10,500 square metre site off Axial Way, by the end of the year.

Martin Shepherd, head of business at the Cowdray Avenue Land Rover site, said that the business had outgrown its current location following a “surge in sales” and was poised to add to its 51 staff as part of the move.

The new showroom will be built near to existing Volkswagen and Toyota dealerships, near to junction 28 of the A12.

Speaking to The Gazette, in Colchester, Shepherd said: "From our point of view, it is a growing area, there are already a couple of car dealerships up there and with the plans there for the new cinema complex and restaurants, David Lloyd leisure centre, along with access to the A12, it is the ideal location.

He added: "Land Rover has grown immensely in popularity over the last two years.

"Our sales are surging ahead and as such we have outgrown the premises."

Planners as Colchester Council have yet to pass plans for the new dealership development, but a decision is expected to be made in the spring.