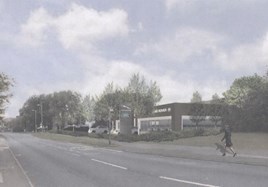 A longer working day is being planned by Harwoods Ltd as part of plans to offer greater flexibility at its new Jaguar Land Rover showroom in Basingstoke.

Basingstoke and Deane Borough Council have given the business the go-ahead to build a new car showroom, vehicle servicing and associated storage, delivery and administration facilities, at a site in Joule Road, Basingstoke.

The company has also been given permission to alter the car parking and landscaping to include additional showroom space, enclosed rooftop storey parking and a vehicular access ramp.

But, according to a report in the Basingstoke Gazette, the group has now applied to vary a condition of the permission, which states that the premises can only open to the public and be in operation between 8am and 6pm Monday to Saturday, and 10am to 4pm on Sundays, asking to amend the terms to 7am to 7pm Mondays to Saturdays.

Opening times on Sundays would remain the same.

The application stated: “These changes are required to ensure the applicant can operate in its full capacity as a service industry and ensure they can meet both the business/brand, staff and customer needs at all times.”

The document also revealed the intention of Hardwoods to offer its staff flexible working hours, adding: “The very nature of current work patterns means that customers require to drop their vehicle off in order to allow time for their journey to work.”

Harwoods Ltd had planned to relocate to the new site from its current location on Edison Road after gaining planning permission for a similar scheme in 2012 but delayed the move after JLR introduced a new corporate branding identity boasting “buildings of greater architectural quality” and “greater efficiencies”.

The business’ new plans were submitted to planners at Basingstoke and Deane Borough Council in December 2014 and approved last October.