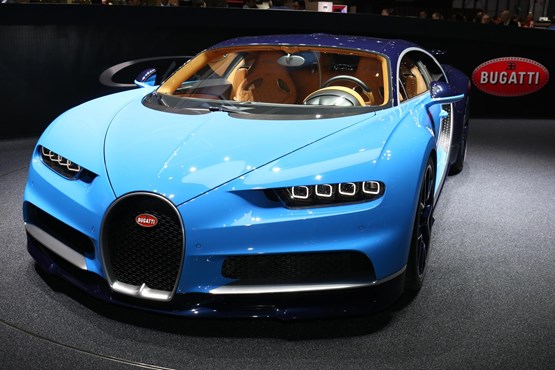 Luxury car dealership HR Owen has vowed to bring the stars of the Geneva Motor Show into its showrooms in the coming months.

The group’s Berkeley Square showroom in Mayfair is set to be the UK’s sole supplier of Bugatti’s 1,479bhp, 261mph Chiron supercar when it goes on sale towards the end of this year and is set to make at least one appearance at the facility before collection by its new owners.

As well as the Chiron, HR Owen’s raft of luxury franchises means that the Aston Martin DB11, 2017 Bentley Mulsanne, Rolls-Royce Black Badge and Maserati’s first SUV, the Levante, are destined for its showrooms too.

Tom King, HR Owen’s marketing director, said: “The 2016 Geneva motor show was a fabulously exciting occasion this year, with a huge array of new and exciting models on display.

“We are proud to be the only dealership group in the UK where you will be able to see and buy all of these exotic and exclusive cars, cementing our position as the best luxury car dealer in the UK.”

Maserati’s Levante is set to take centre stage at the forthcoming launch of the latest addition to the group’s network, H.R. Owen Maserati Manchester South, in May.

The new, four-wheel-drive Ferrari GTC4Lusso will arriving in dealerships from September with the fourth quarter of 2016 bringing deliveries of the new Aston Martin DB11.

Bentley’s 2017 Bentley Mulsanne is also set to arrive in showrooms in September along with the luxurious Rolls-Royce Black Badge.