Dealership rents are predicted to rise “significantly” this year as the sector keeps pace with competition from other retail users.

The message comes from Automotive Property Consultancy (APC) in its spring 2016 market review.

In it APC says despite strong demand for new cars, rental growth in car dealerships has been relatively subdued.

“Rents for competing uses – industrial for example – have seen significant increases particularly in the last three years. This means that any premium offered by dealership uses has been eroded significantly.

“We anticipate that dealership rents will rise significantly over the next year as this differential is re-established, raising the average back to figures last seen a decade ago.” 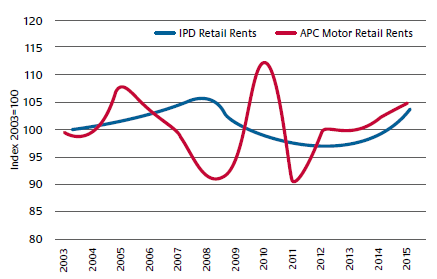 Average rents at the end of 2015 ranged from between £8.46 per square foot in the East of England to almost £17psf in Great London. 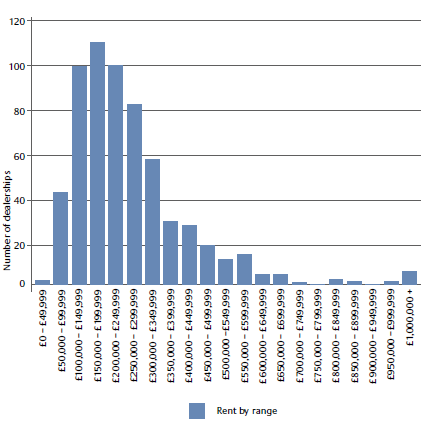 Prime yields for car dealerships, APC says, have fallen by around 75 basis points over the last three years to 4.6% at the end of last year.

“Average yields have fallen even more – a full 100 basis points – over the same five-year period.