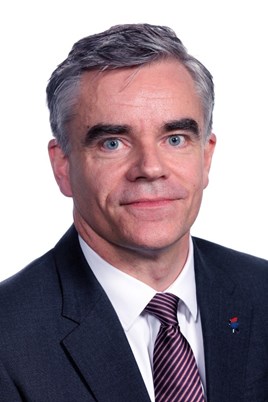 Jardine Motors Group has increased its Land Rover representation with the purchase of Land Rover Tonbridge from Harwoods Motor Group.

The purchase of Tonbridge continues the significant investment recently made by Jardine with work started on a brand new multi-million pound development for the existing Jaguar and Land Rover sites in Milton Keynes and with work soon to start on the redevelopment of the business in Reading.

Neil Williamson (pictured), Jardine Motors’ chief executive, said: “2016 will be a huge year for our Jaguar and Land Rover businesses where we hope to deliver well in excess of our record-breaking 2015 performance.

“We believe our partnership with the Jaguar and Land Rover brands is key to our overall business success.”

Jardine Motors Group’s growth aspirations with the brand have also resulted in the appointment of two new positions.

The site will trade under Jardine's Lancaster brand.