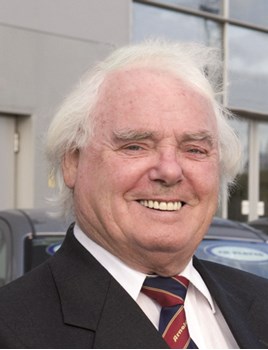 Sir Arnold Clark has been named as Britain's first billionaire car dealer in the Sunday Times Rich List 2016 – a family fortune of just over £1 billion placing him 114th overall.

Among the 88-year-old businessman’s other assets the yacht Drum, once owned by Simon Le Bon, was also listed.

Commenting on Clark’s success, Sunday Times Driving reported: “The business was founded in the early 1950s, after Clark, who worked for a car hire company, saved up enough money to buy a Morris Ten Four for £70.

“It was restored and then sold for a profit, and Clark began buying and selling more cars. He opened his first showroom in 1954.”

Clark’s recent upturn in business means that his family’s worth is now nearly twice that of IM Properties boss Lord Edmiston, despite a doubling of his business’s profits to £33.2 million in 2014.

Other new entries in the list include Michael Hunt (£154m), who made his fortune building the £1bn Nissan UK car operation, Guy Harwood (£105m), whose father established Harwoods of Pulborough, and John Collins (£103m), who made his millions seller classic Ferraris.