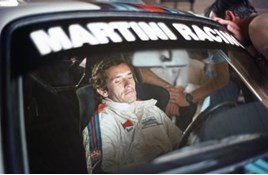 The line up Le Mans legends set to take centre stage at Hexagon’s forthcoming charity event has grown stronger with the addition of Jacky Ickx and Mark Blundell.

Celebrity-filled event will feature a Q+A hosted by Natalie Pinkham, historic endurance racing cars as well as a charity auction.

Paul Michaels, chairman of Hexagon Classics, said: “Our line-up for July 5th is just incredible. It’s fantastic to announce that Jacky Ickx and Mark Blundell will be joining Derek Bell MBE and Richard Attwood on our star-studded panel.

“Jacky has had a phenomenal career – and many of his Porsche factory wins at Le Mans came with him sharing cars with Derek. It’ll be incredible to hear the two of them talking about those times.

“Meanwhile, Mark is one of our most experienced racers. I can’t wait to hear the story of that incredible lap in the brutal Nissan R90CK back in 1990. With more drivers to be revealed our guests are in for a fantastic evening.

Michaels said that the two charities set to benefit from the evening were “very close” to his heart. He added: “My granddaughter owes her life to the care she received while at Great Ormond Street and I am so happy that we will be able to give something back to this great hospital – and the Royal Brompton & Harefield Hospitals too – helping them to continue their incredible work.

“Last summer’s celebration of Ayrton Senna raised £72,000 and we have every intention of eclipsing that incredible figure.”

Jacky Ickx started his racing life in touring cars in the mid-Sixties before moving into F1 in 1967 and went on to claim eight Grand Prix wins, 13 pole positions and 181 championship points over the following 12 years.

Mark Blundell has experienced success in F1 and endurance racing and in 1990 put the fearsome turbocharged Nissan R90CK – rumoured to be running in excess of 1,000bhp at the time – on pole at Le Mans by more than six seconds in an incredible lap.