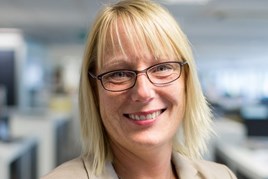 Jaguar Land Rover has insisted that Rockar “will still be required to sell cars” from its facility at the Westfield Shopping Centre despite its customer-focussed remit.

The brands’ UK network development manager, Sarah Nelmes, told AM that Rockar Jaguar Land Rover Stratford London – which is expected to open its doors to customers next month – will have to sell cars like any other dealership as part of the new partnership.

While Nelmes said that the new site, and Rockar’s accompanying online selling channel, had been driven by a need to meet customer needs and was expected to reach a new audience, she insisted that it had to make business sense too.

Nelmes said that there was “no expectation that this will be our best-selling retailer”, adding “the focus is on the customer".

But she said: “There’s no doubt that Rockar falls under the same remit as the rest of our retailers. They are a car dealer. We had a gap in that area according to our plans so they will be required to sell cars like anyone else.”

The new dealership, offering servicing at a facility a mile away in Bromley-by-Bow, is less than four miles from three existing Land Rover showroom and one Jaguar facility – Jaguar Land Rover West London, Stratstone of Mayfair Land Rover and Lookers Land Rover Battersea.

Jaguar Land Rover’s 201-strong dealer network has recently undergone a £1bn investment from franchise partners who committed between £2m and £15m the manufacturer’s new Arch Concept which dictated that the majority of brought the two brands together under one roof in a purpose-built facility.

Rockar will occupy an existing retail space in the outside shopping area at Westfield with the new store, unlike the smaller indoor facilities the retailer currently operates from the centre and Kent’s Bluewater shopping centre.

Nelmes said that the site was still well placed to benefit from Westfield’s “huge footfall”, however, adding: “We have partnered with Rockar so that customers can go in there and benefit from the expertise of the ‘angels’ and if they want to go in there and buy a car they can do so at their own leisure with a cup of coffee in their hand.

“It’s about evolving to meet the needs of customers.”

Nelmes said that Rockar’s Jaguar Land Rover facility would offer “ease of process”, adding: “A customer can drop off their car, go and do some shoping or go to the cinema and on their return it will have been serviced.”

The facility has been designed as a relaxed environment where shoppers can learn about Jaguar and Land Rover at their own pace, and customers can be confident in their purchase thanks to the store’s clear and transparent policy on price.

Using its past experience of automotive retail Rockar said that it has has found that more than 54% of its buyers have been women and the average age of customers has been just 39-years-old.

It has also found that around 60% of customers will leave the store and complete their purchase online later.

A new website has been developed by Rockar and is already live, offering an end-to-end sales platform with demonstrator booking via Rockar’s ‘You Drive’ solo test drive experience and part-exchange valuations available at the click of a button.

Asked whether Rockar’s new website negated the need for a visit to the new store, Nelmes said that there remained a need for the brand to “represent” its vehicles – most customers’ second-most significant purchase, after their home – in the metal.

She added: “The point of this offering is that it provides all that to the customer.

“My priority remains that all our partners have the opportunity to make a profit and all our customers have access to the brands.

“The last thing we want to do is compromise opportunities for our existing businesses so these stores won’t be popping up at various locations across the country.”