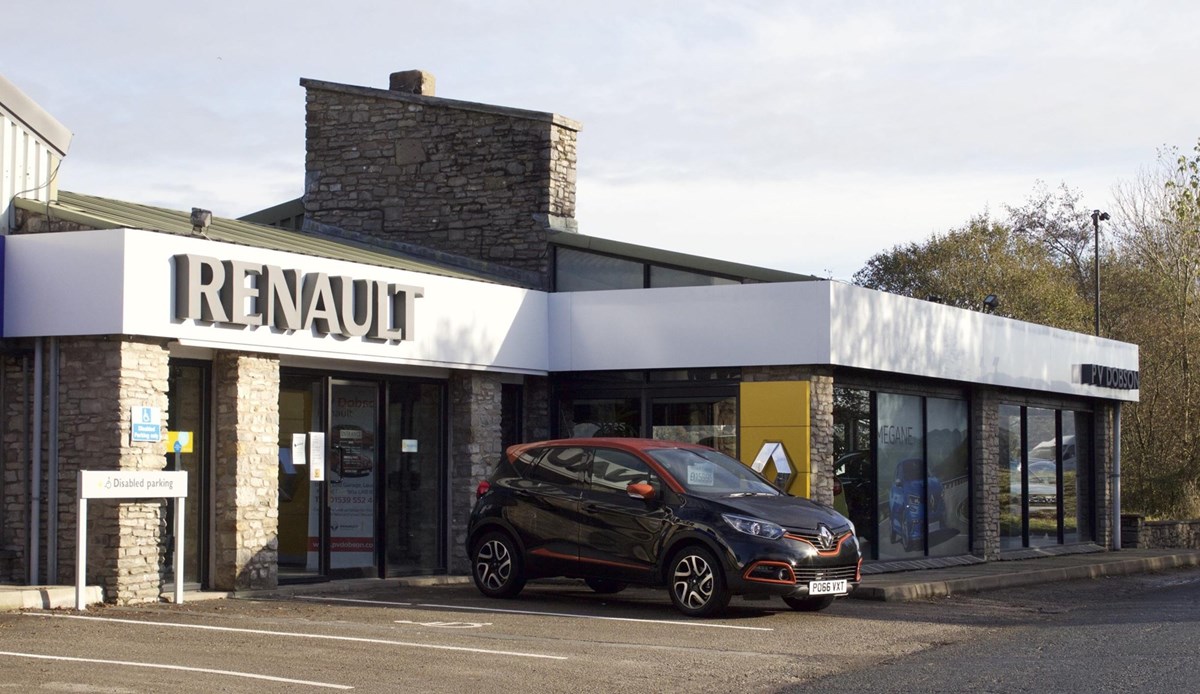 PV Dobson has brought Renault and Dacia brands to the Lake District at a distinctive stone-built dealership in Levens, near Kendal.

The eight-car showroom, which also features a nine-bay workshop, sees the long-established, family-run business invest in the Groupe Renault franchise for the first time.

Located at Bridge End Garage, Levens, PV Dobson’s recently completed Renault and Dacia dealership is based on a near two-acre site that acts as a hub for the automotive group.

Chris Hammond, director, PV Dobson, said: “We chose to partner Renault as it’s a brand on the move, its model range getting increasingly stronger and its cars offering a very appealing blend of style and technology.

“We’re very excited about Dacia too, as it enables us to now offer new vehicles from as little as £6,000, while with our rural location we are sure that the Duster and Kadjar are certain to prove popular with our customers.

“A Renault and Dacia dealership in the Lake District is long overdue and people we’ve spoken to are delighted that the brands are now finally here. The support we have received from the manufacturer has been excellent and we really feel like part of the Renault family.”

A Renault spokesman said that PV Dobson had been attracted to the Group Renault proposition by the Renault brand’s “unprecedented sales growth” and its Franchise of the Year 2016 accolade at the AM Awards 2016.

Mark Potter, director, northern region, Groupe Renault UK, said: “Having PV Dobson on-board is a great boost for the Renault dealer network and, as one of the Lake District’s most respected automotive groups, it is the ideal partner to firmly establish Renault and Dacia in Kendal.

“With its emphasis on family values and building long-lasting customer relationships, PV Dobson provides a first-class service that perfectly complements our vehicles and our long-term focus on quality and customer satisfaction.”