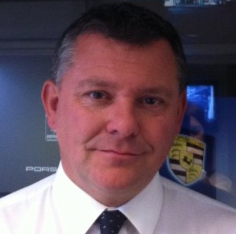 Inchcape has appointed the former managing director of Stratstone, James Brearley as chief executive of its UK retail business effective from January 1.

He succeeds Louis Fallenstein who steps down from the role at the end of December.

Brearley (pictured) resigned his position as a director of Pendragon motor group In August 2015 in order to form his own business initially developing an ‘arch concept ‘ Jaguar Land Rover dealership in Wolverhampton until plans were halted by a high court action from Pendragon aimed at preventing him setting up in competition.

In an announcement to staff Inchcape group chief executive Stefan Bomhard said: “Many of you will already know James Brearley who has been consulting with Inchcape on the Ignite programme for several months.

"James is almost uniquely positioned to join the company in this critical central role, having over 30 years’ experience in the volume and premium automotive industries, most recently as managing director of Stratstone for one of our key UK competitors, Pendragon, a role he held from 2008 to 2015.

"With strategic responsibility for a wide range of premium brands, including familiar OEM partners JLR, BMW and Mercedes-Benz, James managed a £1.6 billion turnover business with 2,500 employees over 130 sites.

"James has exceptional credentials in UK automotive, with very strong experience in F&I, aftersales and used cars, the three central tenets of our critical Ignite 3 programme, deliver full potential on all our revenue streams. His track record in driving business is exemplary, particularly in Used car volume and consistent year-on-year profit growth.

"James will be a fantastic addition to the company as a whole, to the UK specifically and to my executive team."