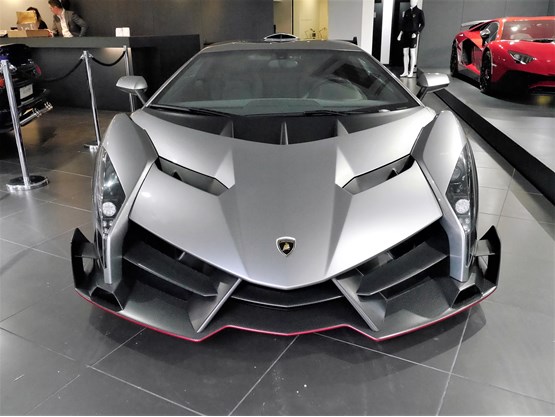 HR Owen is displaying the Lamborghini Veneno for the first time in the UK at its South Kensington site, Lamborghini London.

The Veneno is one of the rarest Lamborghini models currently in existence, only four were made.

It was originally launched back in 2013 as a special tribute to the Lamborghini brand on its 50th birthday, with a list price of £3.6 million.

In March 2016 a broker in Japan listed his Veneno on a German website for £8.8 million, showing that the car is only increasing in value.

HR Owen’s model will be the very first Veneno to be featured in a main dealership in the UK, having only previously been on public display at the Lamborghini Museum in Sant'Agata Bolognese, Italy, and at high-profile motor shows around the world.

The Veneno’s ethos is all about being as lightweight as possible to enhance performance, with its exceptional aerodynamics making it feel like more of a race car than a road-legal supercar.

It’s been optimised for high-speed corning stability, making it one of the most thrilling cars to drive in the world, not to mention one of the most striking to look at.

The Veneno will be on location at Lamborghini London from 23 December until 6 January.