Lloyd Blackpool BMW has won the ‘BMW Retailer of the Year’ award.

Announced at the annual BMW, Mini and Motorrad Conference in Barcelona, the award was presented by Graham Grieve, BMW Group UK chief executive, in recognition of Lloyd Blackpool’s “exceptional customer service and business performance” in 2016 among more than 140 other BMW retailers in the UK.

It’s the second consecutive year and the fourth time in the last 10 years that a BMW centre from Lloyd Motor Group has received won, making them the first group to have achieved this in the history of BMW UK’s award ceremonies.

Mark Powell, Lloyd Blackpool head of business, said: “I am personally incredibly proud that we have been named ‘BMW Retailer of the Year’.

“It is without doubt due to the constant team effort and focus on delivering exceptional performance and, most importantly, ensuring our customers’ satisfaction. This award is a credit to every member of my team as well as to our customers, whom I would like to thank wholeheartedly for their continued loyalty and valued support over the years.”

Lloyd Blackpool is one of family-owned and operated Lloyd Motor Group’s six BMW and Mini centres.

Picture: Mark Powell, head of business at Lloyd BMW Blackpool, pictured with the BMW Retailer of the Year award, alongside staff 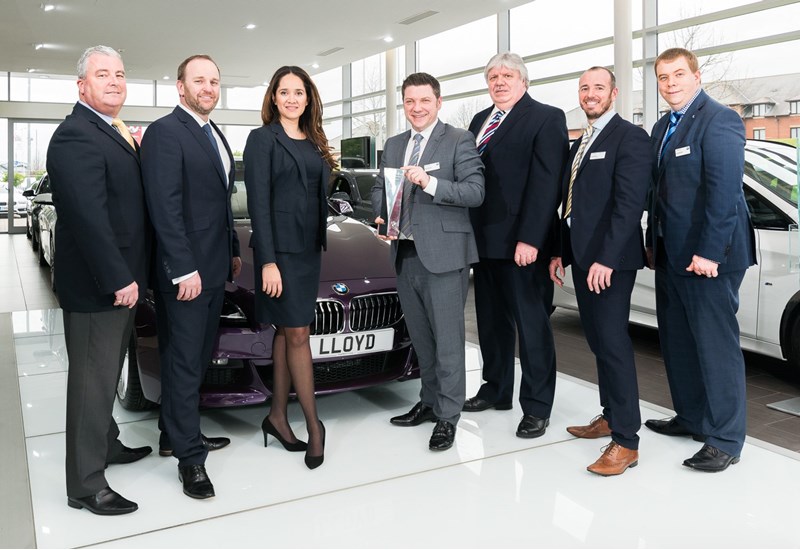