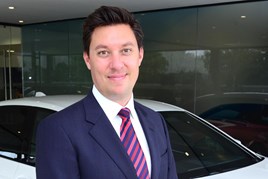 Three out of four car dealership employees are overpaying BIK tax on their company vehicle according to an audit carried out by Cooper Solutions.

Billed as “the first audit of its kind on HMRC’s Averaging Agreement for company car drivers” the investigation revealed that dealership employees could be racking up an unnecessary spend equating to over £2 million in overpaid vehicle BIK.

Cooper Solutions is calling for HMRC to introduce fairer methods of taxation for the benefit of motor industry employees and their employers.

The Averaging Agreement scheme was officially introduced in 2009, specifically for the benefit of the motor industry, however, no formal review of its performance has been undertaken by HMRC since its implementation.

A statement issued by Cooper Solutions said that the business had taken the initiative to perform the first, quantifiable review of company car ‘private’ use, using its web based, real time solution for record keeping for dealership drivers – FullCompliance – in order to better understand the implications of the scheme.

Dean Pipitone, director of Cooper Solutions, said: “When the Averaging Agreement was first introduced, it seemed like a reasonable solution for franchised dealers.

“They would simply need to calculate the average vehicle BIK per price band and allocate employees to a band.

“However, eight years on and we can see that whilst most franchised dealerships try to comply with the Agreement, due to the demand placed on dealership vehicles, overpayment of tax is the reality.”

Based on analysis of data gathered over the last seven years by FullCompliance, over 1.3 million nightly records of private vehicle use, across nearly 7,000 company car drivers were recorded by dealers.

Of these nights, 26% were spent by employees in vehicles banded below the employees’ allocation.

Pipitone said: “Due to customer demonstrations, courtesy loans or other business factors, employees can only take home the car that is made available to them each night. This equates to more than £2 million worth of BIK overpayments made by employees.

“For employers, this means they paid more than necessary on National Insurance Contributions and VAT.”

He added: “We are campaigning on behalf of the industry to see a formal review by HMRC of the shortcomings of the Averaging Agreement, and call upon it to consider how technology solutions that record, in real time, the actual use of vehicles based on availability, can produce a fairer means of taxing employees and their employers.”

The tool manages the Averaging Agreement and calculates vehicle and fuel benefit in kind (BIK) per driver.