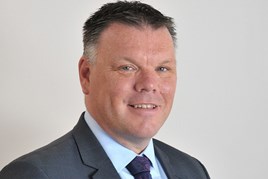 Snows Motor Group is preparing for the opening of a new Suzuki franchise in Basingstoke as it embarks on a recruitment drive to staff another multi-brand location in two months’ time.

The Southampton-based retail group will begin trading from its new showroom on Basingstoke's Houndmills Industrial Estate – which is shares with the existing Basingstoke Kia operation – on August 1.

The new FCA operation follows the recent opening of Snows’ new Fiat dealership at Newport on the Isle of Wight.

Speaking of the growth within Basingstoke, Adam Lawrence, Snows Motor Group franchise manager (pictured), said: “With six franchises in Basingstoke, and now well established, Snows is the largest automotive retailer in the town.

“An opportunity arose for us to sell new Suzuki cars from our location and we are familiar with the marque, which makes practical, economical small cars to well-equipped and capable 4X4s, because we operate Snows Suzuki Poole in Dorset.

“Comprising 24 of us at Brunel Road, the Snows team look forward to giving Suzuki customers a warm welcome and providing an exemplary sales service.”

Snows, which has its registered office in Southampton, has been trading from Brunel Road for more than six years with Snows Kia Basingstoke.

The car retailer also has another site in Basingstoke, which has an area population of around 173,000. Just along the same road, there is Snows Citroën Basingstoke and Snows Peugeot Basingstoke.

There is also Snows DS Basingstoke and the car retailer represents Volvo as a service outlet.

Commenting on the soon-to-be opened Suzuki operation, Lawrence added: “This is our second Suzuki dealership after a fabulous year with the marque in Poole and now, with the addition of Basingstoke, we’ve doubled representation.”

Snows is currently recruiting for its new FCA site in Southampton, which is set to open in October.

Snows Motor Group is a privately-owned company that has been in business for more than 55 years.

In its latest published accounts, to December 31, 2015, the group recorded a £219 million turnover and an operating profit of £1.62 million.

Snows Fiat delivers taste of Italy to the Isle of Wight

Snows Fiat delivers taste of Italy to the Isle of Wight