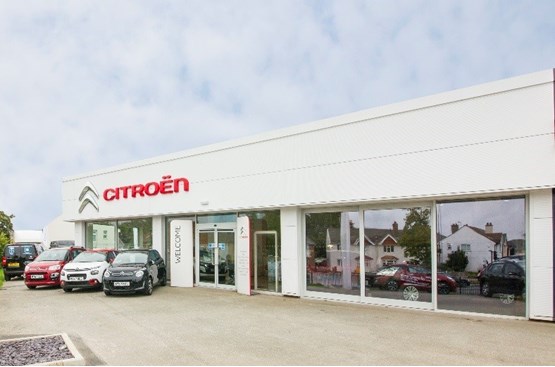 Robins and Day has added a Citroën franchise to its Liverpool site with the completion of a £1.25m redevelopment of the facility.

The site, on Edge, has historically been a Peugeot dealership but the recent revamp brought the addition of a Citroën showroom and a complete refurbishment of the facility to the latest brand identities after the closure of Lookers' franchise in the city.

The workshop facilities are now combined Peugeot/Citroën with the addition of four service bays and space has been gained by the reduction of the parts department which is now fed with twice daily deliveries from group Parts Hub in Manchester.

Steve Bellis, general manager of the new dual-franchise site, said: “All the staff are extremely excited to complete this development, giving them a great working environment and one our customers’ deserve”.

Weston said: “This is another great example of our development strategy in key cities and metropolitan areas.

“Liverpool has long been a successful Peugeot operation for us, and the addition of Citroën creates an even greater opportunity whilst controlling our cost base.

“The team have done a great job maintaining the business during the development and I’m confident of growth going forward.”

The redevelopment of the Liverpool facility is the latest investment in the Robins and Day dealer network which has seen it take on the former Lookers Peugeot and Citroën dealerships in Newport and open what it billed as the “largest dedicated DS store in the North West” in Manchester.

The new Manchester store, on Windsor Street, Salford, has room to display up to six vehicles and customers can enjoy bespoke leather seating, air-conditioning and a DS scent diffuser, according to a statement issued by the PSA Group-owned group.