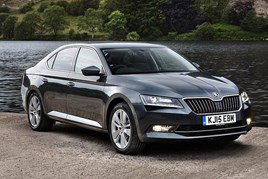 John Mulholland Skoda has been banned from running an advert claiming to offer a £9,500 saving on a 2016 Superb after a complainant deemed its comparison of new and used prices was “misleading”.

The complainant understood the ad compared the price of a used car against its list price when new but believed such a comparison was not a fair one and referred it to the Advertising Standards Agency, claiming that the saving was misleading.

John Mulholland Motors Ltd, trading as John Mulholland Skoda, argued that the ad explained clearly the saving when buying a 2016 Skoda Superb against the price of an equivalent car when brand new.

The business said that it "believed it was common to compare discount on used cars against the new retail price".

But while the ASA agreed that the advert made clear that the advertised saving compared the new price with the used cars on offer, the authority said that it contained other elements which “made the communication less clear”.

The ASA said: “We considered that the more prominent text ‘FOR 2 WEEKS ONLY, SAVE £9,500!!’ suggested that the basis of the saving was that it was time-limited, rather than it being only the £1,500 finance deposit contribution that was time-limited.

“We also considered that the description "NOW ONLY" before the offer price, could be interpreted as suggesting that the saving was due to the usual selling price being reduced, rather than the lower price being due to the vehicle for sale not being brand new.”

A statement issued by the ASA added that “a significant proportion of recipients” would have considered the overall impression of the ad to be that the full £9,500 saving was the result of a time-limited reduction in the price for which John Mulholland Skoda usually sold that particular model (a 2016 Skoda Superb 1.6 TDI S 120PS), rather than a comparison with its price when brand new.

The ASA banned the Skoda retailer from running the ad again without alteration.