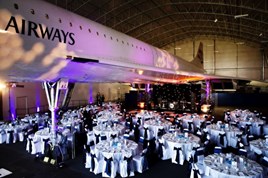 ASE is preparing to host a ‘Night in New York’ charity ball as part of its campaign to raise £40,000 for Macmillan Cancer Support.

The dealer profit insight provider pledged to raise the sum for Macmillan as part of their 40th anniversary celebrations in 2015 and staff have since teken part in a wide range of activities to reach the target for the charity.

ASE’s chief executive, Robert Jones, said: “As a business we are incredibly proud to have reached our 40th anniversary of working in the motor industry, and we wanted to do something to celebrate this landmark.

“Macmillan Cancer Support does some terrific work and has directly helped friends and colleagues, so we decided to raise £40,000 to support the charity."

Jones said: “A Night in New York is the pinnacle of our year of fundraising, and we ask that if you are able to support this worthwhile cause to please do so, and help us reach our target.”

AM Poll
What is your take on the car retail sector's ongoing vehicle supply shortages? Please leave a comment
Vote
View all
3448