Stirling of Hereford acquired by Ponthir Suzuki and Honda 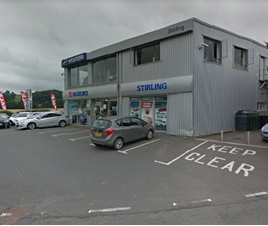 Stirlng of Hereford has been acquired by Ponthir Suzuki and Honda following Motorline’s earlier acquisition of the group’s Hyundai dealership.

Newport-based Michael Jeffery Limited (trading as Ponthir Suzuki and Honda) purchased the entire share capital of Porch 2005, trading as Stirling of Hereford, for an undisclosed sum in a deal brokered by ASE.

The acquisition adds a third Suzuki dealership to the Ponthir Suzuki and Honda operation, with the group already representing the brand in Abergavenny and Caerleon, in Newport. The company also represents Honda at the Caerleon site.

In July 2017, Motorline acquired the Stirling of Hereford’s Hyundai business and relocated the franchise to be adjacent to its existing Toyota business in a deal which halved the size of the then dual franchise business.

ASE chairman, Mike Jones, brokered the deal to sell the rest of the business to Michael Jeffery Limited on behalf of shareholders Phil and Carol Harvey.

Jones said “It’s great to see Phil and Carol complete the exit they were looking for. It’s been a pleasure working with them on the deal and I’m glad to have helped achieve the final outcome. I wish them all the very best for the future.

“The Suzuki business was a natural fit for Mike, already holding two representation points with the brand. This acquisition will no doubt enable his business go from strength to strength and boost bottom line earnings. I wish Mike and the rest of the team every success”

Phil Harvey, owner and managing director of Stirling of Hereford, said: “I will be very sorry to be leaving the Suzuki franchise, as it’s really been a partnership in the true sense of the word over the last twelve years.

“However, retirement beckons and I am so pleased I am passing Stirling and more importantly my staff over to Mike who I know values his staff as much as I do and I am certain Mike will make a tremendous success of Suzuki in Hereford and wish him all the very best for the future”