Snows Motor Group has acquired the Chichester-based Portfield car retail group in a deal which sees the business expand its presence in both new and used car sales.

The Southampton-based retail group will add Citroen, Mazda and Peugeot franchises in Chichester with the latest addition to its expanding portfolio and also has plans to develop a Toyota franchise for the site.

The Portfield Part Exchange Centre at Shripney Road, Bogor Regis – 5.5 miles from the franchised sites at Quarry Lane, Chichester – was also included in the acquisition, which was completed for an undisclosed sum. 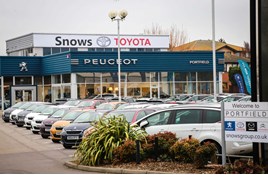 Snows said in a statement that the Chichester new car franchises would be rebranded to become Snows Citroën, Snows Mazda and Snows Peugeot while Bognor Regis will be the group’s 10th specialist used car outlet under the banner Too Good to Auction.

Stephen Snow, Snows Group chairman, said: “We have been keen to have a trading presence in Chichester for some time and an opportunity presented itself.

“The Portfield name, like Snows, is synonymous with quality and is regarded as one of the leading motor names in West Sussex.

“With the acquisition, we look forward to providing exemplary customer service to our new Citroën, Mazda and Peugeot customers in and around Chichester and the Portfield Part Exchange Centre customers in Bognor Regis.

“There are also exciting plans to bring a Toyota franchise to our new Chichester home.”

Along with West Sussex, Snows has a trading footprint in Berkshire, Devon, Dorset, Hampshire, Isle of Wight, Somerset, Surrey and Wiltshire. 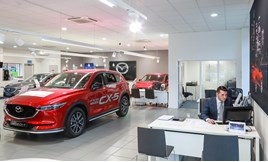 Employees in Chichester and Bognor Regis have been transferred to Snows, which employs 800 people and is headquartered in Southampton.

Snows’ acquisition of Portfield follows an eventful 12 months for the group, whose founder, Geoff Snow, died in August at the age of 85.

In the second half of the year it opened new Fiat and Suzuki franchises in Basingstoke, a Fiat and Abarth dealership in Fareham, added the Mercedes Benz Vans franchise to its portfolio with an opening in Exeter, added a Kia franchise in Newbury and announced plans for a new headquarters in Southampton.

Snow said: “This is an exciting time for the company as we continue to grow the brand, with Southampton very much our head office and where the Snows story started 55 years ago with my late father Geoff Snow.”