Cambria Automobiles drove its latest showroom development at top speed when it teamed up with temporary building specialist Neptunus to create a McLaren Automotive dealership in just five days.

Helping to deliver the AM100’s vision of growth within the luxury sector during 2018, the new facility, in Hatfield, will be in place for 14 months while the construction of a new, permanent facility gets underway.

Neptunus said in a statemnent that it had used its “state-of-the-art Flexolution technology” to create the temporary space for the first time in the UK.

Once it was in place the interior was fitted out to meet the exacting standards required by McLaren and Cambria with the world’s most advanced sports cars being showcased in a temporary facility which has the look and feel of a permanent building.

Neptunus managing director, April Trasler, said: “We have been able to offer Cambria a really very high-quality solution which is unique to Neptunus.

“Our temporary structures have no fabric parts and incorporate a rigid roof and walls, providing insulation for climate control and noise.

“Importantly our structures have many of the characteristics of permanent buildings including weight bearing roofs capable of withstanding heavy snowfall – and they are built fast and efficiently.”

The temporary showroom, with large bespoke windows to give maximum impact when viewing the cars, incorporates a customer lounge area and reception, sales offices, and welfare facilities.

It has also been fitted with oversized doors to enable the McLaren cars to be comfortably driven inside.

It will be dismantled once the permanent building is opened and, as most of the components are fully recyclable, the structure will be available to provide space for other projects.

AM reported earlier this year on how Cambria will add to its luxury franchise portfolio with the opening of its first Lamborghini showroom, two Bentley dealerships and a McLaren dealership at the start of 2018.

Building work to construct the group’s Jaguar, Land Rover, Aston Martin and McLaren dealership on one site in Hatfield was scheduled to begin on January 8, meanwhile, with the McLaren franchise operating from its temporary facility until works are completed.

Jason Button, group property director for Cambria, admitted that he had been sceptical that a showroom could be built in just five days.

He said: “We were working to a very strict programme to get the showroom open. We only had three weeks from the start of the installation to being open and trading. It was incredible to see how quickly and efficiently the showroom went up. We were told it would take five days to build. I wasn’t totally convinced they could do it in that time, but they did.” 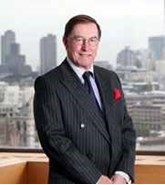