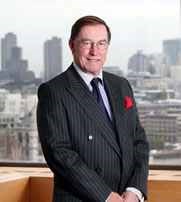 Cambria Automobiles has announced the death of non-executive director Sir Peter Burt at the age of 73.

The former chief executive of the Bank of Scotland and chairman of ITV was a founding partner and formerly the chairman of Promethean Investments plc, which originally invested a total of £10.6 million in Cambria before the Group's listing on AIM in 2010.

A statment issued by Cambria today expressed that it was with “great sadness” that the board of the AM100 retail group had been informed that Sir Peter Burt had died on November 28.

Sir Peter had been a non-executive member of the Cambria board since 2010 and was chairman of the Nomination Committee and a member of the Audit Committee.

Mark Lavery, Cambria’s chief executive, said: "We are all deeply saddened by the loss of Sir Peter, who was greatly respected and will be sorely missed by the board.

“Sir Peter was an early backer of Cambria and a trusted friend going back many years. I had the privilege of working with him and benefiting from his wise counsel, support and encouragement. The thoughts of us all at Cambria are with the Burt family and friends."

Sir Peter joined the Bank of Scotland in 1975, working in the international and oil and energy department and became its chief executive in 1996.

Following a merger with Halifax plc to form HBOS, he served as Deputy chairmen of HBOS and governor of the Bank of Scotland from 2001 to 2003.

In 2004, Sir Peter was appointed as the chairman of ITV plc. He also served as a non-executive director of Royal Dutch Shell until 2006, Chairman of Dyslexia Scotland and on the boards of a number of charities.