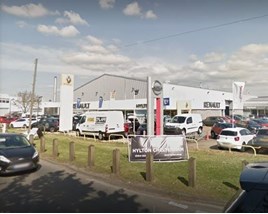 Hylton Group will close its Renault and Dacia dealerships in Cheltenham and Worcester at the end of this month following the recent closure of its Nissan franchise.

The imminent closure of the facilities in Manor Road, Swindon Village, Cheltenham, was been confirmed to customers, according to reports from Gloucester Live.

The online news platform said that the Nissan dealership had closed on March 2 after the retail group lost its franchise with the Japanese brand.

In a statement issued at the time, Hylton Group said: "It is with great regret that we have to inform you that as of March 2 we will no longer be a Nissan franchise.

"I would like to take this opportunity to thank you all for your valued custom and kindness."

City councillors in Worcester, meanwhile, have expressed concerns for staff from Hylton Renault Worcester, in Bromyard Road, who face redundancy following its scheduled closure on Friday (March 23), according to a report in the Worcester News.

Cheltenham customers have been advised to put any enquiries to the Bristol Street Motors Renault dealership in Ramsdale Road, Gloucester.

AM has approached Hylton Group for a comment on the closures.