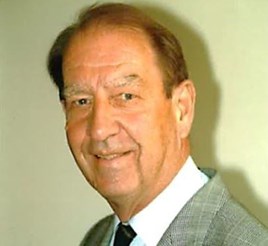 The former chairman and chief executive of Caffyns, Alan Caffyn, has died.

He was the fourth generation of the family in the business, starting with the dealer group in 1956.

His death – on Wedneday - was announced this afternoon, “with great sadness”, by his son and current chief executive Simon.

Alan joined Caffyns in 1956 at its Seaford branch as assistant sales manager, after training at Chelsea College of Aeronautics and Automobile Engineering.

In October 1961 ‘Mr Alan’, along with his brother Robert and cousin Anthony, joined the board and in 1972 they were appointed joint managing directors.

Alan was chairman and chief executive of the company between 1981 and 1998 and continued as chairman until 2003.

“He remained a great source of wisdom acting in his role as honorary president to this day,” said his son.

Alan also enjoyed many activities beyond the industry.

He was chairman of Sussex Enterprise and sat on the boards of many Sussex-based charities including, amongst others, St Wilfred’s Hospice, Eastbourne.

His lifelong passion was cricket, both as a player and later as president and then chairman of Sussex County Cricket Club.

Alan served as a director for many years until very recently at The Friends of Arundel Castle Cricket Club.

In recognition of his great contribution to Sussex life, he was made a deputy lieutenant of East Sussex in 1993.

“We were delighted to see him at our 150th celebration dinner at Hever Castle and I am sure that many of you who were with the company during this time will have fond memories of Alan.

“He will be greatly missed.”