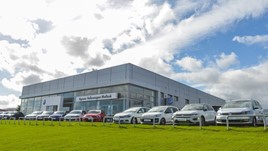 The Agnew Group has opened its revamped Newtonabbey Volkswagen dealership with the addition of a commercial vehicle operation as part of a £2.25 million investment in the franchise.

The Sytner-owned Northern Ireland retail group followed up its recent opening of a new Porsche Centre in Belfast with the completion of the 8,000 sq-ft Volkswagen van centre and car showroom, which will aim to meet demand within the region’s growing commercial vehicle market, the Irish News reported.

Franchise director, Brian Robinson, said: "The refurbishment has created a spacious Volkswagen car showroom that displays ten current models comfortably on the inside, with an additional twelve displayed on the extended area at the front.

"This new facility will strengthen our presence to meet the 20% growth that has been experienced in the Northern Ireland commercial vehicles market over the past two years.”

In March the Agnew Group opened the doors at its new Porsche Belfast facility, which is located in the city’s Titanic Quarter.

“I must compliment the team at Porsche Centre Belfast for such a seamless transition to its new Centre,” he said. 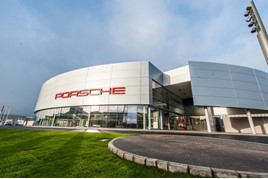 “This development is a great example of the investment by our partners in the Porsche network and the location in the Titanic Quarter is simply stunning."