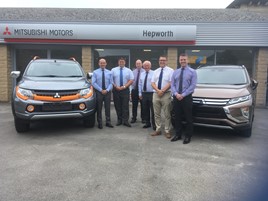 Hepworth Motor Group has completed the switch from Honda to Mitsubishi at its Halifax dealership as part of a refranchising exercise hoping to generate growth in market share and profitability.

As reported in a feature on the Huddersfield-based business in this month’s AM magazine, the doors of the re-franchised facility, on King Street, Halifax, were opened to customers yesterday (June 4), marking the return of Mitsubishi to the business after an absence of 11 years.

The move halves Hepworth’s representation of the Honda brand – with which it has a relationship spanning four decades – but returns Mitsubishi to the area  for the first time since the closure of the group’s Huddersfield and Bradford franchises in 2007. 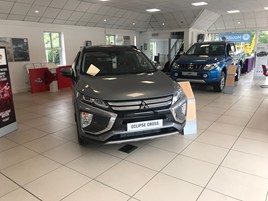 Group managing director, Stephen Brighton, said: “Cut me and you’ll find I’m Honda through and through. That remains the case now because the brand has been extremely supportive throughout the process.”

But he added: “Honda wanted to shrink its network by around 10% and we featured in their plans.

“Now we have the opportunity to re-franchise that Halifax site with Mitsubishi, a brand which we don’t feel overlaps with the Honda product at all, and we think we will be able to grow our market share and profitability as a result.”

Brighton suggested that the addition of Mitsubishi would increase the group’s model choice for our customers by 66%, with very little overlap, and is excited at the prospect of being able to offer customers an AFV option.

Mitsubishi’s success with its Outlander PHEV is expected to be followed by the arrival of a plug-in hybrid version of the Eclipse Cross compact SUV.